Eating Disorders: What Are The Common Symptoms And Causes? 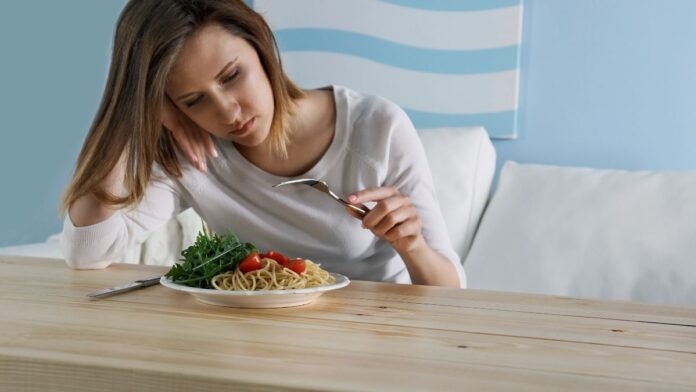 Eating disorders are psychological conditions that lead to unhealthy eating habits. Some people get obsessed with food, body shape, or weight. The condition can affect any gender, race, or ethnicity, causing serious health problems.

How To Tell Someone Has An Eating Disorder

When you’re starving, it’s hard to feel happy. If your loved ones experience irritability or mood swings, they are likely to have an eating disorder. The lack of nourishment also increases stress on your organs, which may cause health issues.

A person with an eating disorder may have a distorted body image, perceiving themselves as fat even when they are not. Sometimes these distorted perceptions can become stronger than they cause the victim to engage in vomiting or over-exercising.

Oversleeping or undersleeping is a major symptom of an eating disorder. Some people oversleep because they are tired from burning thousands of calories, while others have trouble sleeping due to stress and anxiety from purging or binging. Also, binge eating disorder can lead to a lack of sleep at night due to strong cravings for food.

People suffering from an eating disorder are extremely prone to becoming socially isolated. This is because they feel their friends or family don’t understand them; thus, they feel better without them. In some cases, they feel physical repulsion towards people leading to discontinued schooling or work.

The National Eating Disorder Association reports that hiding food is among the first signs of an eating disorder. The behavior can manifest in throwing away unfinished food, eating foods in secret, or taking sample bites out of everyone’s food. Other people also control their portions by hiding foods from themselves or others.

Most people overeat, but when someone eats in a way out of control and different from a normal pattern, it may be an eating disorder. Overeating can be a way to cope with problems.

People with an eating disorder tend to skip meals more often. The decision to skip meals is usually associated with a feeling that food doesn’t taste good, a need to lose weight, or pressure to maintain a thin figure. Skipping meals can lead to extreme hunger pangs, irritability, and mood swings.

Being born into a family with a history of eating disorders increases the risk of developing one. The risk increases when a family member watches the other dieting. While there may be links with genetics, it’s best to note that eating disorders can be caused by depression, anxiety, or mood disorders.

If you live in a society that associates beauty with being thin, you are more likely to develop an eating disorder. The major environmental factors are traumatic experiences, weight teasing, peer influence, or the media. Social comparisons may also lead to poor body image, thus leading to eating disorders.

The major cultural cause affecting eating disorders is keeping up with fashion and beauty ideals. While losing weight is good. Unhealthy weight loss can lead to health complications.

Anorexics believe they are overweight, even when underweight; thus, they tend to watch their weight, avoid certain food and limit calorie intake. Anorexics are usually unwilling to maintain a healthy weight. Restricting, purging and binge eating are types of anorexia.

An eating disorder is a mental health issue that needs medical treatment. If your loved ones have this condition, it’s best to understand which factors increase susceptibility. However, changing one’s environment can facilitate recovery and prevention. Don’t suffer in silence. Seek medical attention and save yourself from being overweight or underweight.