Matrixyl- The story of three peptides 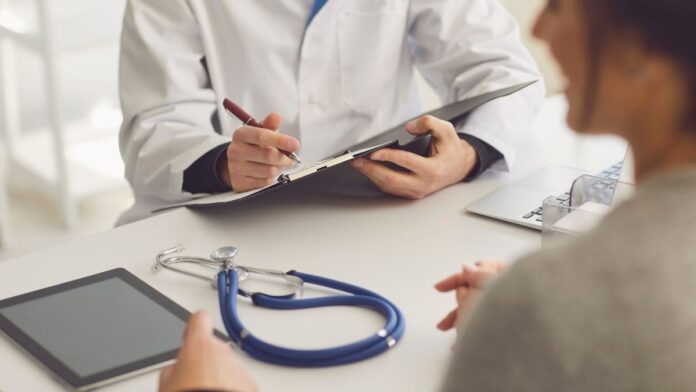 Putting aside the fact that there are a zillion different skincare products and treatments available, let’s consider the simple truth that most of them provide just short-term relief. It’s easy to think of Botox as an example; it works by temporarily reducing the appearance of wrinkles and fine lines by temporarily paralyzing the muscles that cause them.

If you’re looking for a long-term solution, are there any other options available? In addition to combating the early indications of aging, Matrixyl, a skin-beneficial component, may help prevent more harm.

Where did Matrixyl come from?

Created by cosmetic ingredient development firm Sederma, Matrixyl is a collection of anti-wrinkle actives that comprise Matrikine. This peptide aids in the proper functioning of various components of the skin’s structure. The anti-aging market quickly embraced this active ingredient once it was introduced in 2000 and quickly grew into one of the most popular.

You should keep an eye on all three variants of this peptide due to the expanding research backing and demonstrating its usefulness. Matrixyl and Matrixyl 3000, on the other hand, have been on the market for a longer time and have already been the subject of several studies demonstrating their efficacy.

Peptides: What are they?

Natural polypeptides, or peptides, are found in the skin. Peptides are the amino acids that build up the proteins that our skin needs to appear and feel healthy in the most fundamental sense. These proteins are made up of chains of amino acids (combinations).

Three peptide chains make up collagen, for example. Collagen is the skin’s structural protein and maybe the most crucial in our bodies. As we get older, our bodies’ collagen synthesis starts to decline. This causes a loss of firmness, uneven skin tone and texture, and the development of fine lines and wrinkles.

On the other hand, peptides can increase cellular function by delivering signals to the same components that make up collagen. To counteract the effects of aging, Peptides assist in the repair of collagen formation, which diminishes as we get older and breaks down.

Using a peptide-based skin care product on the skin’s surface will deceive the skin into producing more collagen.

Lysine and Methionine Sulfone are the starting points for all three types of Matrxyl. Lipopeptides are formed when Amino Acids and Fatty Acids combine to form peptides.

Matrxyl isn’t usually used to identify these compounds in skincare products but rather the actual name of the peptides. Sederma’s branded versions may not be included in the recipe. But don’t worry, this shouldn’t affect the efficacy at all.

Peptide therapy Matrixyl was first introduced in 2000 and is composed of Palmitoyl Pentapeptide-4 (though before 2006, it was classified as Palmitoyl Pentapeptide-3). This version boosts hyaluronic Acid production and the creation of collagen and elastin. Matrixyl does this by reducing wrinkles and increasing moisture. In case you are a researcher interested in further studying the potential of this wonder compound for younger skin. You can find Matrixyl peptide for sale online for the smallest prices and highest quality.