The Basics: A Guide to Street Style 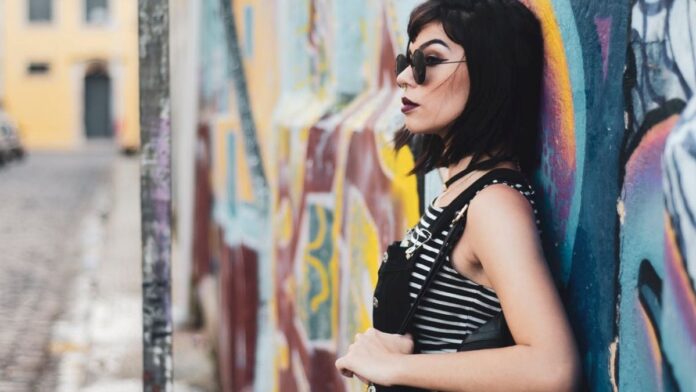 When it comes to fashion, we usually assume that the trends we see in the stores are ones that originated on runways. But it doesn’t always work that way round. You might see a certain print or style of jacket across multiple brands and wonder how they got the same idea. If you’ve ever thought about where designers get their inspiration from, or thought about how they all follow similar trends, this might answer your questions.

What is street style?

Street style does what it says on the tin – it’s style whose origins are from normal people on the streets rather than big fashion houses. We might not think that run of the mill people like ourselves could influence an industry as huge as fashion, but it turns out we can!

You know when you see someone walking down the street and they look incredibly put together and unique? That would be an example of street style. As well as having a runway section, Vogue has a ‘Street Style’ section on their site specifically dedicated to the people on the streets outside the shows.

These are the people who style themselves rather than having to use a stylist. This means that their personality is able to shine through the clothing and the outfits are more unique. If you’re ever in need of some inspiration, street style is a great place to start.

How does street style influence trends?

Fashion houses get inspiration from everywhere. Whether it’s films, nature, or what is happening out there in the world – fashion inspiration can be found anywhere. So, when it comes to coming up with next seasons latest trends, street style can have massive influence.

This idea is especially prominent in young people so it should not come as a surprise that youth culture has a huge influence on street style. You only have to look at the effect that Euphoria has had on fashion to see how youth culture can affect street style and trends in general.

And it’s not just in recent years that street style has influenced the current fashion trends. There are lots of fashion movements that originated from street style – let’s take a look at a few.

It’s difficult to pinpoint the exact moment that the punk movement materialized. But in around the mid-1970s punk really came to the forefront. One of the biggest forces behind the punk movement was Vivienne Westwood and the shop she ran with her partner at the time Malcom McLaren notoriously called ‘SEX’ on the Kings Road in Chelsea.

The punk movement was seen as a direct rejection of the hippie era of the 60s. Instead, punks turned towards black, ripped clothing that was falling apart and put back together with safety pins. Rejection of regime and conforming was at the forefront of the punk movement, and it was a niche that not many fit into.

Punks would wear their clothes on the streets and the movement grew so much that it became a fashion trend. This meant that Vivienne Westwood went from being on the periphery of the fashion world to being the center of it with her designs still being hugely popular to this day.

Streetwear began, as you might imagine, on the streets! This style started out with skate brands such as Supreme and surf brands such as Stüssy creating clothing that would be comfortable whilst skating or surfing.

This style was then taken up by hip hop artists who had been shut out of the top luxury brands. Due to the small size of these clothing companies, there wasn’t a lot of stock to go around. The lack of stock gave an air of exclusivity to the brands and made it a movement.

Street style can be the best way to find inspiration for the next biggest trends. Whether you need some inspo to heat up your own personal style or you’re looking for the next fashion movement, it all starts on the streets.