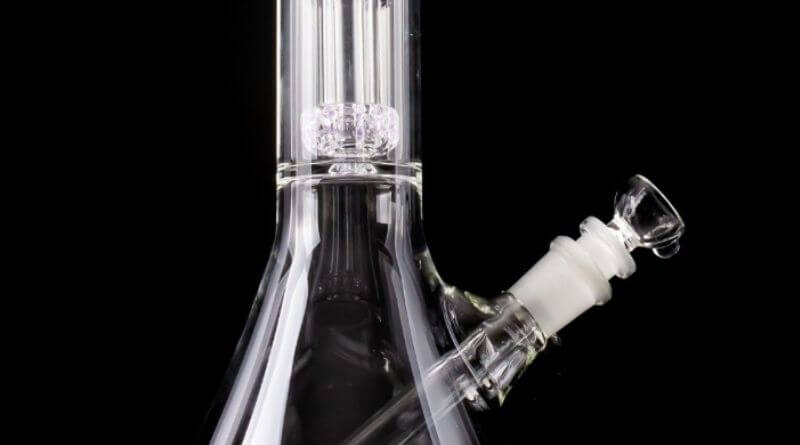 A smoker and tired of joints? Want to try something smoother which is less harsh? Don’t miss having a thrilling experience by smoking weed/cannabis through a bong!

A bong is a water pipe used for smoking purposes. The word comes from the Thai word “Baung,” used for a bamboo stick to smoke weed. That bamboo tube has been upgraded to a more complicated glass-made water pipe (along with some other essential parts) with the same basic process. The central concept of bong lies in cooling down the smoke, which passes through several chambers, either using water or ice. The more chilled it, the more satisfying it becomes for the user. It comes in various sizes and shapes depending upon the user’s usability and preference.

Working of a bong:

The long glass neck leads to the bottom, where the water or ice is stored. Weed poured into the “bowl” is combusted and travels down the “down stem” straight to the liquid part generating smoke. The smoke produced rises up through the water and the chamber and is then inhaled by the user through the mouthpiece. The toxicants that might get inhaled are also filtered in the stage where smoke passes through the water.

Conventionally, a single water pipe was used but to increase the power of hits and to make it smoother, several bong accessories have been introduced depending upon the complexity, size, and shape. However, a few are counted as essentials, including glass slides and a bowl. Significant Glass slides are mentioned here, along with their brief description:

Along with all these, to enhance effectiveness, a number of more bong accessories have also been introduced, including the Grinder that helps to covert the weed into precisely small ground pieces, which eventually burns in a way that delivers better smoke hits. In addition to it, there’s a Cleaner, a part developed not for those with OCD but for the normal ones to avoid health issues that originated due to the bacteria that stick to glass. The health and the glass can also get affected severely by this bacteria. For this purpose, another handy tool is also available, i.e., Bowl Screen, which is fixed into the bowl before combustion and is removed after it to avoid any damage caused to the glass. To prevent the consumption of unwanted ash, Ash Catcher is one of the best bong accessories that can be used for this purpose. All of these make the hits much better for the user and the whole process more satisfying than the bong without such accessories. Among these downstems constitutes the most essential part of the bong; a complete description and the types is given below for a clearer picture.

As mentioned earlier, the down stem, also referred to as the bong stem, is designated as a tunnel between the glass water pipes and the bowl. Depending upon its function, it is classified into a classic and diffused down stem. Classic downstem is a rigid structure, whereas the other one, i.e., diffused downstem, has several holes/slits at the side that diffuse and aid in the cooling process of the smoke. It is beneficial because it aerates the strikes/hits before reaching the chamber, producing some of the most acceptable potential impacts. It is also feasible to connect it to almost any Bong and clean it without difficulty. Another related type, i.e., Honeycomb downstem, also contains these slits at the center instead of the side making it more convenient for the user. However, the main difference lies in the number of holes/slots. The more slits, the more influential the hit it will generate.

Two more types of the bong stem based on gender also exist, i.e., female and male bong stems. The female bong stem refers to the one that attaches to the male bowl, whereas the male bong stem joins itself to a female bowl. These are pointed at the end. Therefore you’ll need to cover it with other items. If the female bong has a broader mouth and attachments, accessories need to be installed, and all of those will be male.

The size of the bong stem is usually mentioned over it; however, if it isn’t labeled and you still want to measure it, it can be quickly done with the help of a pencil or a dime. Therefore, it is classified based on size as well.

The three main categories are mentioned below:

Neither the pencil nor the dime fits into the mouth of this type of bong stem, indicating it as a 10mm downstem joint, making it different from the other two classes.

It doesn’t allow a dime to fit in. However, a pencil can quickly enter the joint opening to further measurements.

18mm downstem joint is measured as 18.8mm making it 19mm after rounding off, and therefore it is also referred to as a 19mm downstem joint. Either way, it allows both the pencil and dime to enter the common opening and fit into it.

In conclusion, choosing the bong accessories wisely makes it worthwhile, whereas the one without it is nothing but a piece of glass. These valuable accessories enhance your smoking experience with extra functionalities such as filtering, cleaning, grinding, etc.