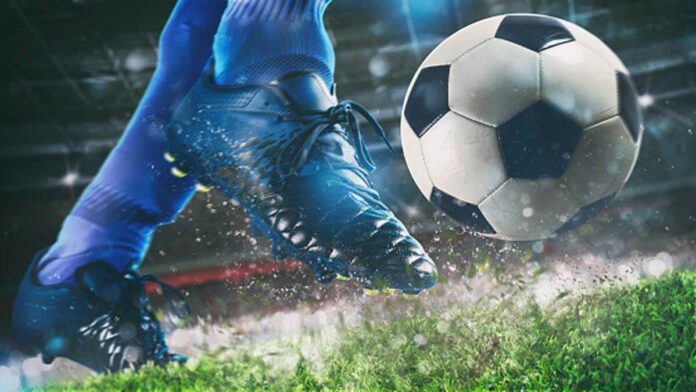 The phenomenon of men’s hair follicle degradation has been around for much longer before humanity invented football. But men’s baldness doesn’t affect their footballing ability in any way. But a player’s haircut seems to have a great impact on their legacy. For instance, can you picture Ronaldinho in your mind without imagining his signature fizzy long hair? The majority of men in sports have a good head of hair which is why bald footballers are instantly distinguishable.

Note that the players on this list are chosen regardless of their age, club, and the football generation to which they belong. We have prioritized the players we immediately picture as being bald rather than the ones who started hair towards the end of their career. But one thing is common: they all sport a shiny bald dome which makes us wonder the secret behind that shine. Could it be an electric bald shaver or are they simply masters of the art of grooming? Anyway, here’s a list of the 10 most popular bald footballers of all time.

Who knew that Brad Friedel would go bald? Just try to remember the kind of hair he had in his youth. At the beginning of the 21st century, football fans probably noticed the pattern of baldness on his head. He even had some when he joined Liverpool but the sight of his bald head flying across the field making saves is unforgettable. He played in the national team from 1992 to 2005 and managed the U19 team from 2016 to 2017.

Let’s talk about the achievements of Frank Leboeuf because did a lot to talk about. Leboeuf helped win Chelsea win their first trophy in 27 years in 1997. He also won the World Cup with France in 1998 following Lauren Blanc’s red card in that memorable final.

But after he hung up his boots, Leboeuf entered the world of acting. Did you remember the Swiss doctor in Theory of Everything? It was Leboeuf.

With the stage-6 bald pattern, Attilio Lombardo has one of the most memorable faces in football. No wonder fans were excited to see him come to the Premier League from Serie A. Apart from Lombardo, the only other footballer to start the Eagles’ first game of the season was Kevin Muscat. It was really odd and it got worse when he was appointed player-manager.

He’s from a different generation of football and he cannot be considered perfectly bald because of the few strands of hair across the dome. We couldn’t exclude him due to the fact he’s considered one of the greatest and being in the England team that won the 1966 FIFA World Cup. Also, who can forget the 2 goals he scored in Manchester United’s first-ever European Cup win 2 years later.

Zidane could be of the users of an electric head shaver. First of all, he had dense hair in his youth, and the velvet on his skull is always clearly visible. This indicates he maintains his skull to sport a bald look. His hair didn’t leave him for the most part of his career but as it was becoming sparser, he probably decided to get rid of it. His performance against Brazil in the 2006 World Cup quarter-final remains of the most memorable moments.

Nicknamed “Cuchu”, the Argentine midfielder won 21 official titles, the majority of which were won during his tenure at Inter Milan. Cambiasso is surely one of the footballers that sported a clean bald head. He played in the national team since 2000 and won 52 caps for the team. He represented Argentina in the 2006 World Cup, the 2005 Confederations Cup, and Copa America in 2007 and 2011.

The manager of Anorthosis Famagusta, Temur Ketsbaia is a former footballer. At the beginning of his career, he played for Anorthosis and AEK Athens. Next, he went to Newcastle United on a free transfer in 1997. Due to the goal that Ketsbaia scored in extra time against Croatia Zagreb, the team was granted a position in the UEFA Champions League for the first time ever.

A famous face of Manchester City, Zabaleta had that unique charm off the pitch. Zabaleta is also a great contender when it comes to notable bald footballers. The bloodied and bandaged head appearance became a trademark. He made 230 appearances for Man City and scored 9 goals – each more outstanding than the last.

Gianluca Vialli was one of the most idolized faces of Italian football. He was present for three more seasons with the Blues from 1996 and became their player-manager in 1998. But can you deny that he was a player of one of the good eras of football in England?

Being the colossal defender that he was and considering his glimmering dome, Jaap Stam can be named a ‘hard bald bastard’. Even Sir Alex Ferguson had second thoughts after he let him go. Ferguson thought that he lost an edge when he started to tackle less while he was playing for the club. Some believe that his tackling skill upgraded so well that forwards avoided going near him.

If you’re unsatisfied with the luck on your hair and you need to or want to achieve the smooth scalp of the likes of Esteban Cambiasso or Jaap Stam, you’re going to need a dedicated bald head shaver. In other words, instead of buying cheap shaving products for the groom, go for a dedicated head shaver. These products are manufactured specifically for head shaving and they’re safer, smoother, and easier to use.