The Evolution of Marketing: Complete Discussion 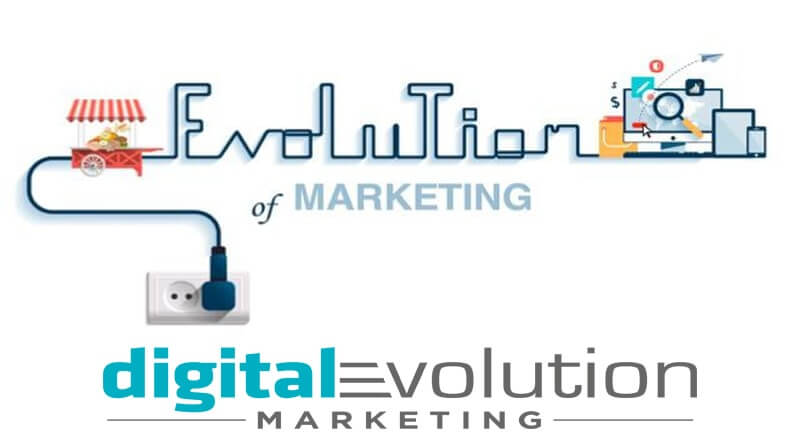 Today’s marketing takes time to get here, we call this time the evolution of marketing. In this section, we will talk about how evolution marketing is done and seven Era that helped to Reach Marketing here today. We will learn about marketing with the help of examples that what was marketing and what is marketing in these Eras.

Let’s look a take at the evolution of Marketing.

The Evolution of Marketing

There is seven Era of the evolution of Marketing, we will talk one by one briefly that what was actually these Era.

It’s old-fashioned, there was no machine and people did not go to the factories to work so what did they do? They use the “Barter System”, what is the Barter system? Exchanging things for things. For example, I have cotton and you have wheat and let’s make such an exchange.

In that era, marketing was called exploration or seeing what the other is producing that will benefit me. This is the Era in which man explored gas and oil.

You probably know about the “Production Era”, this period started from 1860 to 1910. During this period, factories started, installing machines and people started going to work in factories.

The third Era was “Sales Era”, this was a very interesting time. What is actually the sales Era? There will also be production, marketing has also focused, now the product is ready. You need a salesperson to sell it, according to this, marketing is the name of selling.

This period started from 1920 to 1930, when the company hire a salesperson and train them then they sold products in the market. In those days marketing was just the name of the selling.

This Era started from 1940 to 1950, in which the marketers realized that production and selling is not just marketing. We also have to do branding, advertisements, and brochures.

Often you saw that you have received Pizza Pampfate “Buy one get one free”, it started around that time. This time marketing is called brand development.

This Era started from 1960 to 1990, In this era, brand development people, production people, selling people sat together at the same table and they decided that if our company wants the best profitability, we have to work together. Then the whole customer strategy began to sit together, it is called the marketing company Era.

As soon as the company started the journey towards profitability, going to 1990, the company found out that because the customer has more options, only selling and branding are not working for us.

Selling and branding don’t work, so what’s the answer? The answer was the relationship. Companies decide to build a strong relationship with the customer so that they can become our long term customer, which is called relationship Era.

Then came the Era of you and young people like me which we call “Social Media Marketing Era”. What is the social media marketing Era? This is the time in which you and I are breathing.

Since 2010 when digital technology became common, so the company saw that we had to move the relationship digitalization. Because the customer is mostly available on social media.

If you really better know about the Evaluation of marketing discuss with us through the comment box.

Read more: What is Digital Marketing and its 8 Types