Everything You Need to Know About Undervalued Cryptos: NKN and Ethereum Classic 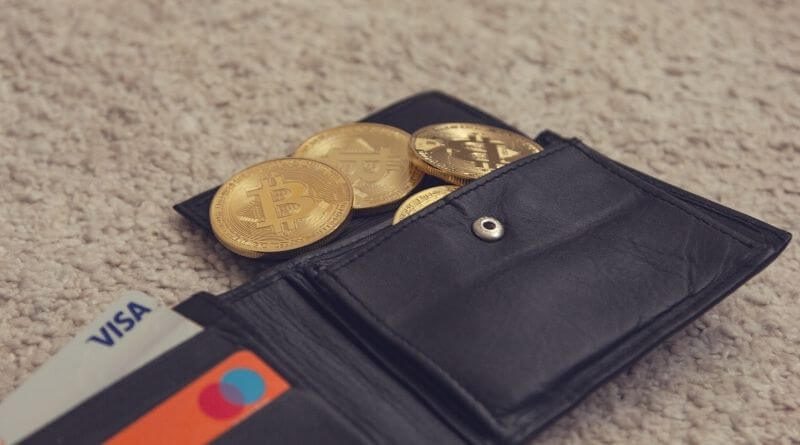 Cryptocurrencies have been around for almost a decade now, and it’s astonishing to see how quickly people shifted from being critical of these digital coins to being crypto enthusiasts over recent years. During the initial years, there were not enough cryptocurrency options for people to choose from, and neither were many people interested in it.

But with time, a lot changed in crypto. The list of cryptocurrencies has seen a sudden rise, with various altcoins flooding the market. This rising number of coins has left many investors confused regarding the choice of these coins for investment purposes. Currently, there are over 14,000 cryptocurrencies in the market, but more than half are not valuable.

If you’re serious about crypto investing, you should shift your focus to hunting undervalued cryptocurrencies that hold massive potential and can be purchased at a reasonable market price. NKN coin and Ethereum Classic are two such underrated and undervalued coins that deserve your attention. If you don’t have enough information about these coins, read the article till the end.

Verify your identity and link a bank account or credit card to your account. Once this is done, you will be able to deposit funds into your https://uphold.com/en/assets/crypto/buy-btc wallet.

NKN, or call it the New Kind of Network, is a public blockchain that claims to utilize economic incentives to motivate internet users to share their unused internet bandwidth and network connections. In simple words, it wants to build a network for dApps that promotes peer-to-peer data transmission and connectivity.

According to the creators of NKN, the existing solutions are not ideal for the next-generation blockchain system as they lack scalability issues, especially in terms of their speed. They even utilize a centralized approach, limit the participation rate of nodes, and have heavy involvement of third parties to solve problems. NKN aims to remove all these problems with its network, giving people the ultimate power in their hands. To do this, NKN is using state of the art topology based on Cellular Automata.

What separates NKN from other popular cryptocurrencies is its consensus algorithm. The network currently uses the novel MOCA consensus algorithm that is horizontally scalable. It even supports an arbitrary number of nodes. The platform’s mainnet is capable of supporting millions of full consensus nodes, which is way higher than that of Ethereum and Bitcoin.

As NKN is an entirely peer-to-peer decentralized network, it doesn’t have the need to develop and run centralized servers. It removes much complexity and high costs from the entire process. This also means no availability of a single point failure or centralized target for hacking or any potential harmful attacks. The low latency, extra security, privacy, and 0% downtime have attracted many towards NKN.

Though NKN is still said to be in its nascent stage, some investors and crypto enthusiasts have high hopes for NKN in the long run. So if you don’t have NKN added to your portfolio yet, you might consider getting it after conducting your own due research. Now that you’re aware of what NKN is, let’s head to Ethereum Classic and see what it’s all about.

For the uninitiated, Ethereum Classic is a decentralized, open-source, blockchain-based distributed cryptocurrency. It is a platform that runs smart contracts while offering the benefits of decentralization. In 2016, the original Ethereum was split into two parts, following a network hack that resulted in investors losing over $ 50 million. After the split, Ethereum Classic became the original network while Ethereum became the newer blockchain.

Ethereum Classic facilitates running smooth, smart contracts by eliminating the need for any third party to facilitate a transaction. Consider the platform’s smart contracts to be built on codes along the lines of if-then logical programs, wherein, “if” a specific set of requirement or criteria is fulfilled on the network, “then” a particular action, as programmed in the smart contract, will be executed.

Initially the Ethereum blockchain was established as one network, but Ethereum Classis (original) and Ethereum (new) came into existence after the split. This split was aimed to recover the lost funds of investors that were swayed away during the hacking of 2016. Although both Ethereum and Ethereum Classic facilitate smart contracts, investors consider the former option to be a more legitimate cryptocurrency – a reason that hurts Ethereum Classic and its valuation.

NKN or Ethereum Classic: Where to Invest?

Now that you have a fundamental and clear understanding of what NKN coin and Ethereum Classic are, you should make all crypto investment decisions based on your specific requirements. Just be aware, no matter how promising a cryptocurrency appears, it is subject to high volatility and still remains a speculative investment. You should buy NKN, Ethereum Classic, or both only after doing your own research. Since the price swings are always wild in the cryptocurrency market, go ahead with heavy investing only if you’re comfortable with the wild price changes. Cryptocurrency trading is not for risk-averse people. But as NKN and Ethereum Classic have been showing steady performance in the market, you might consider including either or both in your investment portfolio. Use a reliable crypto exchange as both cryptocurrencies are available for purchase in major crypto exchange platforms. You can either purchase them today or wait for the perfect dip to get some benefit of the price swings before investing.