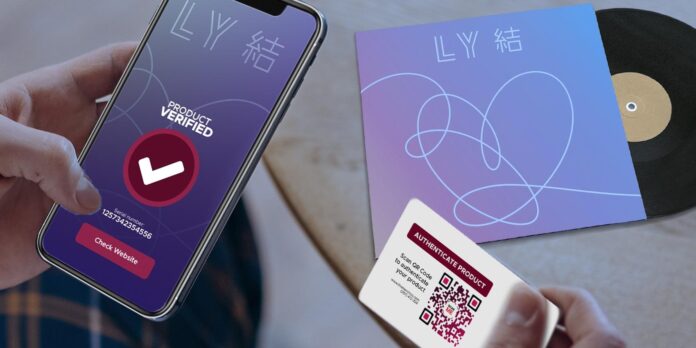 Did you know that BTS uses QR codes on their official merch and endorsements?

A QR code generator is not new in the K-Pop scene. Most record labels have used QR codes for several purposes from authenticating original items, to promoting songs and music videos.

Using QR codes is truly smooth like butter since it’s so easy to create and scan one.

Interested in how the Bangtan boys use this technology as part of their campaigns? Read on to learn more.

How BTS use QR codes in their merch and endorsements

Here are some of the ways that BTS successfully used QR codes for their promotions:

BTS released their 2022 Season’s Greetings on 9th December 2021. The physical package came with a digital code card that contained a QR code.

Map of the Soul: Persona and other BTS albums came with a QR code in the package. It redirected scanning fans to a survey provided by Big Hit, the group’s label.

ARMYs who completed the survey received Weverse shop points, which worked as discounts on items purchased via the Weverse store.

Other album variations came with QR codes that brought fans to Weply instead.

ARMYs would bang their heads back and forth to Fake Love, but this doesn’t mean they would actually patronize fake merch.

The QR codes on BTS official merchandise serve as a seal of authentication. Fans can verify their purchased merch by scanning the code. They can then rest assured that it’s 100% original.

3. Message on a billboard

During their 7th mini album BE promotions, billboards with huge QR codes were placed in various locations.

The ARMYPEDIA was a unique archive of ARMY’s recollections of their time spent with BTS from their debut on 13th June 2013.

During this campaign, ARMYs went on a scavenger hunt for QR codes that routed them to puzzle pieces. This initiative united millions of ARMYs all over the world.

The campaign ended on 24th March 2019, but the ARMYs’ love for BTS still goes on.

How ARMYs can use QR codes

You certainly cannot stop BTS from loving themselves, but that does not mean you can’t express your love for them

Here are some ways you can use QR codes to show your appreciation for the boy group:

BTS constantly breaks records on their YouTube video views because of their massive and loyal ARMYs.

You can promote BTS music videos by creating a YouTube QR code. It will route scanning users to the official music video on YouTube and increase their views.

Most fans now create public playlists on Spotify and share them with a global audience. If you have a playlist of your favorite BTS songs, you can embed its link in a Spotify QR code.

You can create a slideshow of your favorite BTS photos with an H5 QR code. You can select the slider image in the H5 page creator to show these images.

BTS certainly does not need permission to use QR codes to promote their music and provide ARMYs with freebies and surprises.

This seamless technology is perfect since they are mobile-friendly — they can be scanned with smartphones, and their content is optimized for mobile devices.

Have you used a QR code for any of BTS’ merch? Let us know in the comments!