The History Of CCTV 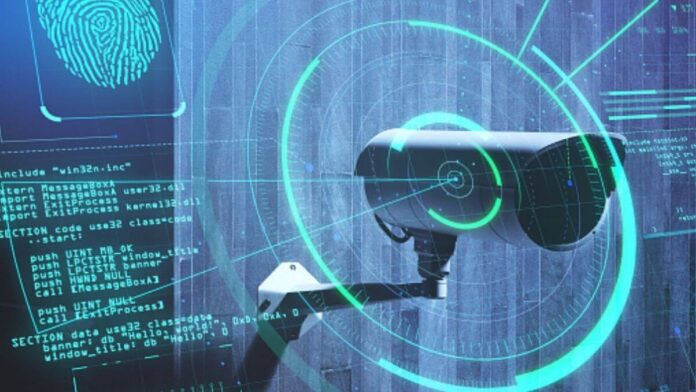 Closed Circuit TV is one of the most significant security inventions to have emerged during the middle of the 20th century. Here is a very brief run-through of some of the most important stages in the development of CCTV.

Closed Circuit TV was first developed in Germany during the 1940s. Engineer Walter Bruch, the man who had earlier pioneered the development of PAL color TV, was tasked with finding a way to monitor the launch of V2 rockets. These rockets were the first operational Inter Continental Ballistic Missiles. They were designed to hit London and be impossible to intercept with the hope that they could cause terror among the populations of the allied nations. V2 rockets used an incredibly volatile mixture of fuels, which led to a great many very dangerous accidents in production and launch facilities. Bruch’s CCTV was a system designed for the monitoring of these dangerous terror weapons from a safe distance. He perfected the system in 1942. It was incapable of recording film. The rockets had to be monitored in real-time by a team of engineers cowering in a bunker. Ultimately, the V2 failed to make any real impact on the strategic outcome of the war and ushered in a new age in which ICBMs were married with nuclear warheads. Not a great legacy for Bruch then, but his Closed Circuit TV invention would prove to have a legacy not entirely connected with war and destruction.

After the end of the Second World War, government agencies and private businesses scrambled to make use of the technology that had been invented in Nazi Germany. The scramble for the technological spoils of war had many important outcomes. The development of spacefaring rockets in the United States and the Soviet Union was greatly aided by technological war spoils. CCTV also found its way into the allied nations – serving more peaceful purposes than the system originally developed by Bruch.

It was not until 1949 that a viable commercial CCTV system was made available. The US company Vericon released its first system this year. Like the earlier system, this commercially available CCTV was not capable of recording images. This led to the evolution of complete monitoring solutions – often offered by third-party organizations.

The first major documented use of CCTV as a civilian security tool was during the 1952 coronation of Queen Elizabeth II in the United Kingdom. This event – which was of immense symbolic importance in the island nation – was also a major security headache for organizers. Security personnel set up a very comprehensive system of CCTV cameras for the live monitoring of the vast crowds gathered around Westminster. The successful use of CCTV at the royal coronation may go some way to explaining the UK’s fascination with the technology. The UK is one of the most surveilled nations on Earth, with roughly 5.2 million CCTV cameras in operation across the country. This amounts to about one camera for every 13 citizens.

In 1969, New Yorker and inventor Marie Van Brittan patented a home security system that made use of CCTV technology. It was designed to face the porch of a home – allowing the occupant to see people that were knocking on the door. This technology caught on, and hundreds of companies began tailoring their CCTV systems for small-scale home use in the United States.

The 1970s and 1980s saw the wide-scale adoption of CCTV in retail environments. Early retail CCTV systems were bulky and only captured black and white imagery. Importantly, they were capable of recording footage onto tape. This made CCTV into an extremely potent tool for the prosecution of thieves. The dawn of recording capable CCTV changed the enforcement of the law massively. CCTV evidence could be presented in court in order to convict or exonerate a suspect. The use of CCTV cameras in court dramatically increased during the 1990s in the United Kingdom due to a concerted government effort to introduce new forms of conviction evidence.

The dawn of the digital age produced a great many innovations in CCTV. Tiny cameras, internet connectivity, and remote recording are now all common.

Affordable and powerful drones have been one of the most influential innovations during the early 21st century. Drones are used to film aerial shots, map buildings, and for military purposes. Drones have proven to be one of the most important weapons of war in Ukraine, Iraq, and Syria. They have also been put to use as floating CCTV stations.

Some defense companies that started their lives producing drones for military purposes have turned their attention to the civilian market. Drones equipped with powerful cameras and capable of long loiter times could soon be used as mobile CCTV units. The latest CCTV drones are capable of identifying individual people using machine learning technology. For many people, the idea of a flying CCTV camera capable of identifying individual people is a rather terrifying one. Regardless, this is a technology that is likely to see a great deal of use in the near future.

The monitoring of CCTV feeds is extremely important and extremely time-consuming. Security professionals need to keep an eye on CCTV screens in order to notice any suspicious or anomalous behavior. In the last few years, CCTV monitoring has begun to change. Security tech companies have been working on ways to automate CCTV monitoring using algorithms. The new generation of security monitoring software can identify anomalous visual data – reporting anything strange to a human member of staff. This software uses machine learning algorithms that make use of huge networks of data when trying to spot patterns in visual data. They can save businesses huge amounts of money that would otherwise be spent on employing a 24-hour human monitoring service.

Algorithm-powered CCTV monitoring cannot completely replace the role of the human monitoring operator. It can, however, drastically lower the workload assigned to each monitoring professional.