The most important chart patterns in Forex 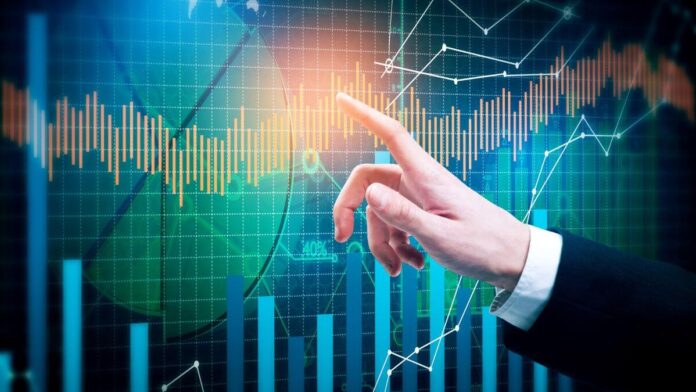 As a trader, you have probably heard about trading chart patterns (such as bull trap candlestick pattern or bear trap candlestick, flags, rising wedges, etc.). And maybe you are already using them in your trading strategy. This article will take a closer look at some of them.

Well known as a “rising wedge,” the rising wedge is a figure of shortness of breath. It reflects the difficulty for bulls to mark higher highs higher and higher. Like a channel, a wedge is made up of two lines, support and resistance. However, opposite the channel, the lines converge. It reflects the decrease in amplitude over time.

It should be noted that buyers are finding it increasingly difficult to bounce prices off the support. It is a fairly reliable figure whose goals are determined by tracing the entire figure.

Also known as a “falling wedge,” it is a pattern of loss of momentum in a bearish movement, in which case sellers show us difficulties in sustaining their efforts. Indeed as before, the resistance and the support converge.

It is a reliable continuation pattern giving good results. It consists of an impulse phase, then a channel consolidation phase, and ends with a new impulse wave in the same direction as the first. The goals correspond to the size of the first pulse phase.

Triangles, in general, are figures of indecision materializing buyers’ and sellers’ inability to guide prices. They are represented by support and resistance that converge. Unlike wedges, the lines of a triangle are oriented in opposite directions. In addition, a rule applying to any triangle shape is that it remains valid until prices have reached 75% of the pattern. That is to say, in general, that the courses are not too close to the end of the triangle.

A descending triangle is represented by a horizontal support line and a bearish oblique resistance. As the figure is slightly oriented downwards, it is still preferable to keep a rather sell-side eye on the chart. Therefore it is a bearish continuation pattern. Besides that, one of the characteristics of descending triangles is that one has two methods to determine the objectives. Indeed, we can use the technique of static objectives and of dynamic objectives.

We will agree that the case of static objectives is not ambiguous. However, dynamic objectives may be less easy to assimilate. Clearly, it is enough to draw the parallel to the resistance carried over to the first low. This new line now represents the objectives.

The real interest of these methods is that they can be combined, in fact, only the static objectives give you an indication of distance, and the dynamic objectives indicate speed. You will have understood it well; by combining them, we obtain the unknown, which is the time; in this case, we can know how far the courses will go and on what date.

These are just several basic types of technical analysis patterns. We hope we can help you grasp their meaning and purpose so you can implement them in your trading.