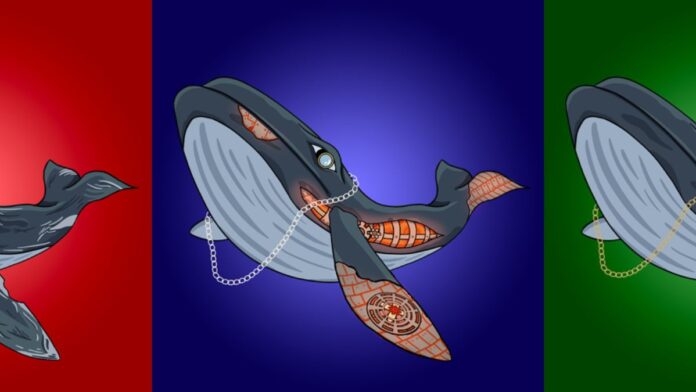 The British artist is known for creating controversy. Damian Hirst first shot to worldwide fame with his bisected animals preserved in formaldehyde tanks. However, he is now asking people to consider a different issue. This time about whether the future of art lies in the digital or physical realm. In fact, you could say that it is a burning issue for him. The artist has revealed that he intends to set fire to thousands of his artworks at his London gallery.

Hirst is known for his unique dot paintings. Six years ago, he created 10,000 of them and last year, he put them up for sale for £2,000 each. However, it was an unconventional sale as buyers had the choice of a physical artwork, or they could have it as an NFT. His manager said that only five per cent of buyers initially opted for the physical work. If people opted for the NFT, the physical artwork would be destroyed. If they wanted the physical version, the NFT was destroyed.

When the project was launched, Hirst, age 57, gave buyers a year to choose if they wanted the physical version or the NFT. The deadline expired at the end of July, and 4,268 NFTs were destroyed. He has now said that the rejected physical art will be burned.

The paintings are made up of enamel dots on paper. The plan is to hold an exhibition at the artist’s Newport Street gallery. Rather than an opening event, there will be a closing event, and the remaining artworks will be destroyed. Hirst has described the project, called The Currency, as a work of art in which people participate by buying, holding, selling and exchanging artworks.

NFT artworks are a hotly debated topic, with some selling for millions of dollars. However, many collectors have had their fingers burned (and not in the Hirst sense of setting fire to paper). One buyer paid almost $3 million for an NFT of Jack Dorsey’s first tweet. When he went to sell it, he could not attract a bid of more than $30,000. As a result, the NFT tweet was withdrawn from sale. Museums are continuing to explore the potential of NFTs along with other key players in the art market.

Many celebrities have been keen to jump on the bandwagon and produced NFT for their fans to collect. Projects like Bored Ape Yacht Club fuelled the market, and celebrities started snapping them up. Owners included Justin Bieber, Eminem, and Madonna. Nike and RTFKT launched a line of virtual trainer NFTs called CryptoKicks, and these sold for well above six-figure sums. They said the advantage was that you could collect sneakers without taking up space in your wardrobe. Former First Lady Melanie Trump launched her own NFT venture offering collectors the chance to buy a digital painting of her eyes.

Data from a blockchain analysis platform, Chainalysis, reveals that NFT ownership is limited to a few hundred thousand people. While 300 million people worldwide use cryptocurrency, only a fraction have bought into NFTs. However, collectors could have a different way of getting their hands on an NFT. There are popular slots online for UK players that offer the chance to win a Crypto Punk one on the NFT Megaways Slot game.

Hirst said that The Currency was an ‘interesting’ experiment. The title of one of his dot paintings facing the bonfire is simply titled “None of this mattered”.  That may be just as well because overall NFT sales plummeted in 2022. The CEO of the NFT agency Ad Astra has said that because  NFTs are still a relatively new technology, their benefits have not yet been fully realized. She said that the fall in the market was a cooling-down period after the initial hype. NFTs still retain all of their aesthetic appeal; therefore, it could be argued that there has been no actual loss in their value. The advice is to consider them as artworks to enjoy and not commodities.