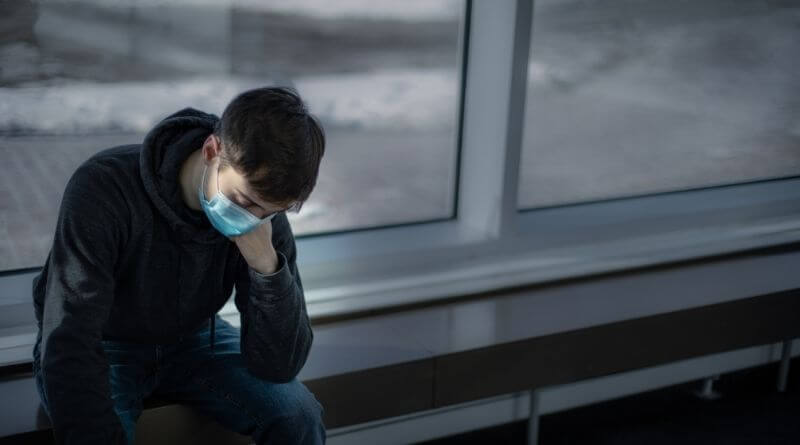 In some ways, the teen years might just be a great time of life, but they can also be stressful. You can only truly appreciate it until you’ve reached that stage. Being the best in school, getting into disagreements with classmates, being mistreated, getting along with family and friends, and making smart choices are all potential experience.

This sort of feeling or pressure, which is considered normal for teenagers, affects them sometimes. If someone has a negative attitude about the subject, this might be a symptom of a mental health problem.

A teen’s mental health is important of his or her overall well-being. As most parents can attest, moodiness, irritation, perplexity, and behavioral changes are all normal characteristics of teenage development: Adolescents are constantly developing, and that might be stressful for them, resulting in feelings of discomfort, sadness, and worry.

However, it’s not a good idea to rule out teenage depression: Changes in your teen’s mood and behavior that are consistent and severe could indicate a deeper, actual issue that needs to be resolved. Don’t give up if your child is experiencing troubles with his or her mental health. There are several sources of guidance for mental health problems.

Many children and teens, according to research, suffer from mental health disorders, which have been verified in around 7% of children and young people aged 11 to 18. As a result of actual issues in their homes, schools, and communities, they commonly suffer from serious emotional disorders.

Some teens manage well with mental health issues, while others suffer. This obviously leads to other issues and, finally, a breakdown in their lives. Mental health problems could be hard and, in some cases, life-threatening for teenagers, but there are mental health services available, and they need to be used.

Teenagers are subject to a wide range of mental disorders, from little to serious. A teenager might suffer from anxiety and depression, behavioral problems, bipolar disorder, conduct disorder, oppositional defiant disorder (ODD), eating disorders, or schizophrenia.

Anxiety problems among teenagers are common. Around 10 out of every hundred teens suffers from anxiety problems. Anxiety disorders include phobias, panic attacks, OCD, and PTSD.

A teen with ADHD has difficulty focusing and is often distracted. Most of the children with this illness have poor concentration and being quiet, which reduces their attention span.

Bipolar disorder, often known as manic-depressive illness, is marked by mood swings that range from low to high. Because these symptoms might be mistaken for usual moodiness, they are harder to identify with persons of a specific age range. Teenage depression is different from adult depression in that teenagers are impatient and have mood changes, whereas adults are generally unhappy and worthless.

Eating disorders can result in the development of some children eating to forget and becoming very unwell. Bulimia nervosa makes a teenager feel driven to binge, followed by guilt, which is relieved by vomiting the food in a certain way.

Schizophrenia is a debilitating mental disorder. It causes young people to suffer psychotic episodes in which they experience hallucinations.

Finding a Psychologist for a Mental Medical Condition

It’s essential to keep in mind that mental disorders could well be treated. The first stage in treating the condition is to get familiar with the signs and symptoms, as well as to pay attention to or be worried when they develop. If a teen says nothing is wrong yet looks depressed, you should trust your gut and assume that he has a mental health problem. It is advisable to seek professional help if a child shows warning symptoms. Do not be scared to seek medical or psychiatric help like Pacific Psych Centers; it is in your greatest advantage and the greater good of your loved ones.