Top 5 Ways to Mine Dogecoin 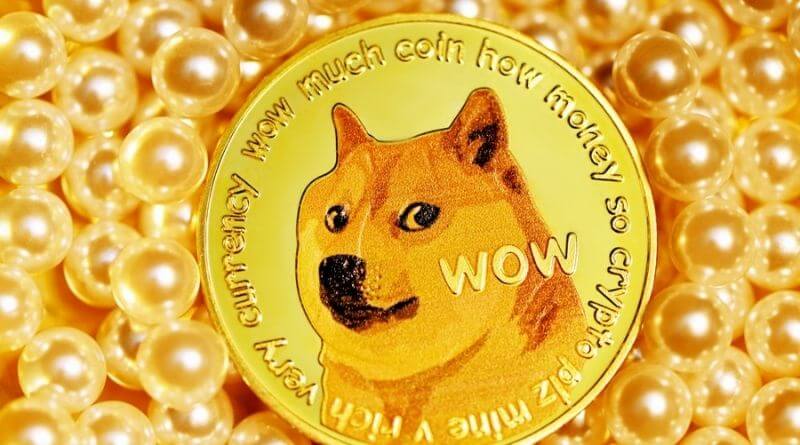 You’ve seen the memes and you’ve heard about the gains. Now you’re interested in getting your hands on some Dogecoin. Let’s look at what Dogecoin is and what the top ways to mine it are.

Dogecoin is a P2P cryptocurrency that was created in 2013. Though it started as a joke and became a sort of meme, the open-source altcoin has a large, loyal community of followers. Founders Jackson Palmer and Billy Markus used the Litecoin blockchain to build their project while offering improvements for Doge.

How Does Dogecoin Work?

Like other cryptocurrencies using the proof-of-work model, Dogecoin transactions occur on a decentralized ledger. This means that individual miners compete for the right to add a new block on the ledger, after which they are rewarded with a set amount. Those that are familiar with Bitcoin will recognize that the same mechanism is at play here.

There is a marked difference between Doge and other proof-of-work coins on the market, such as Litecoin. While other projects have a maximum supply of coins to ever be created, Doge does not. This means that an indefinite amount of coins can be created through mining.

As per the experts at SoFi to, mine dogecoin, you will need:

Top 5 Ways to Mine Dogecoin

There are different ways of mining Dogecoin. Depending on the money you are willing to invest in hardware, you can choose one of the following methods.

GPUs were initially the standard in proof-of-work mining, with Bitcoin miners popularizing their use. Though GPUs are still an option for mining, ASICs create a higher ceiling that ambitious miners must reach. The computational power of ASICs makes conventional GPUs a less sustainable choice.

Using your computer’s CPU is another way of mining Dogecoin. However, keep in mind that if GPUs are not financially viable, you can conclude that your CPU will not be as well.

If you live in an area where electricity is cheap and you have a way of guaranteeing that your computer will not overheat, you can go ahead with using your CPU. You will need to have a reliable internet connection and obtain CPU-specific mining software.

If you’re determined to mine your favorite altcoin, you can use your Android device to do so. Download an app that will do the Dogecoin mining and you’re ready to go. Mining apps are lightweight and easy to use.

On the downside, understand that your Android device may overheat and your profits will be virtually non-existent. This is because the computing power you bring to the table will not be able to ensure you receive enough Doge to cover the energy expenditure.

If you’re an Apple device owner, you can do your Dogecoin mining on iOS. Find the Doge Miner app on the App Store and install it on your device. Again, as with Android, you won’t be turning a huge profit, but if you’re a believer in the potential of the coin, it’s worth a shot.

Cloud mining is almost like buying stock in the mining process. In effect, you are purchasing a stake in a mining pool. This means that you do not need to own any hardware or worry about the electricity bills.

Keep in mind that cloud mining contracts are for predetermined periods of time. Your profitability or lack thereof will depend on the price of Dogecoin in that span. Volatility may mean you end up losing money at the end of the contract if you’re unfortunate enough to hit a bear market.

Despite its meme status, Dogecoin survives as a top-ranked cryptocurrency. Having some in your portfolio may be a good way to diversify your holdings and take advantage of a future upward breakout.