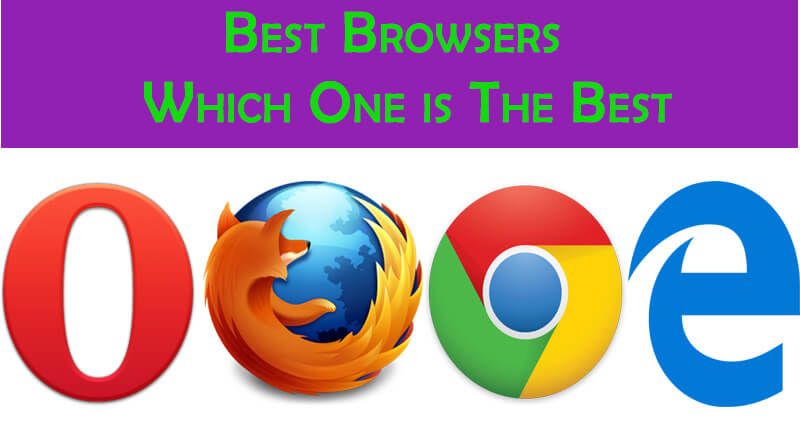 Best Browsers: List of Top Browsers of (2020). Do you know which one is the best browser in browsers categories? Google Chrome is the best.

There was a time when for most PC users Internet Explorer was synonymous with the word “browser”. Since IE was the standard program for any version of Windows, very few people bothered to look for alternatives and went online with what the operating system offered them by default.

Today there is real competition in the market, and if you think differently because all popular browsers are available for free, then you are deeply mistaken. On the contrary, today the battle is for each user, with each serious player on this stage constantly striving to improve and develop his product, offering great speed, security, wide configuration options and additional services.

For this reason, determining the best browser is a very difficult task, especially if we add the element “personal preferences and subjective assessment”. Nevertheless, in this text we will list the most popular browsers to date and briefly highlight their advantages and weaknesses. 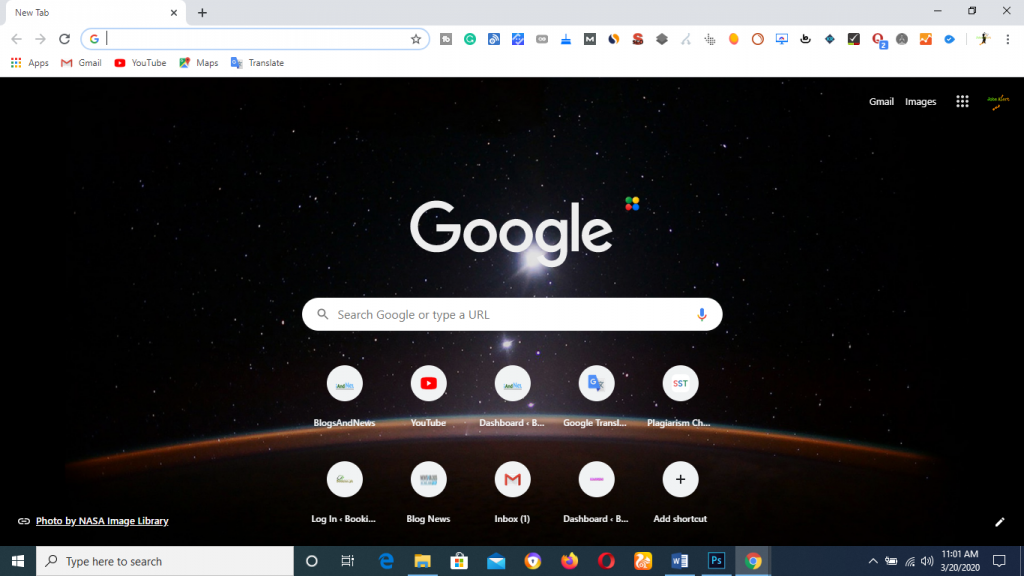 The global Chrome in recent years has gained impressive popularity for the same reasons that Internet Explorer was once synonymous with Internet surfing. It’s just the main browser for the mega-popular Android mobile operating system.

Of course, this is far from the only reason for the phenomenal popularity of Chrome. With the Google name behind him, this browser is the undisputed champion in terms of site loading speed. Also, due to its multi-platform, it offers many amenities for its users.

It doesn’t matter if you use a tablet, smartphone, laptop or desktop computer, just log in using your Google username and you’ll get instant access to all pre-recorded data: passwords for sites and services, bookmarks, browsing history, even installed extensions and individual settings.

And since we’ve started talking about extensions, it’s worth noting that Chrome offers an impressive library of all kinds of plugins that complement the functionality of the browser.

For example, with its help you can enter any service or site in a matter of seconds using biometric parameters on your smartphone, instead of entering long and complex alphanumeric passwords.

Unfortunately, not all flowers and roses are in the Chrome garden. You have a dark side in this browser, and it is called: “thirst for system resources.”

Chrome is known as an insatiable monster for RAM and although Google has taken serious steps to optimize its code in recent years, Chrome is still one of the heaviest browsers on the web.

Therefore, if you like to keep many pages open at the same time, keep this Chrome feature in mind so you won’t later wonder where all the RAM on your device has evaporated. 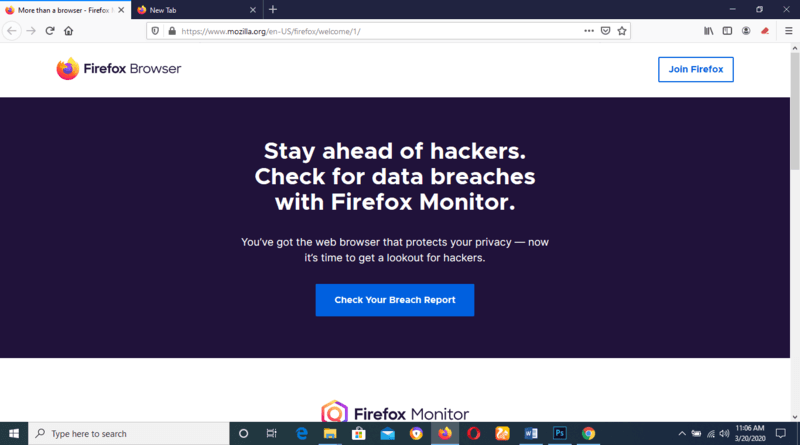 Recently, one of the icons of “independent” browsers has undergone the most significant redesign in its recent history. The result was the all-new Firefox Quantum, a modern next-generation browser whose code was almost completely rewritten.

Today, Firefox can easily compete with the champion in the speed of Chrome, offering more comprehensive. And flexible support for extensions, a higher level of security and is one of the lightest and most nimble browsers on the market.

A huge plus of Firefox is the level of protection of user information. Since the company that develops it, Mozilla, is a non-profit organization.

This means that Firefox is less likely to abuse your personal information, i.e. the likelihood of online tracking to subsequently sell information about you to interested third parties is significantly lower than in the case of commercial browsers such as Google Chrome and Microsoft Edge.

Among the shortcomings of this browser, poor support for multi-platform – the transition from one device to another is far from the simplicity and convenience of Chrome.

The mobile version of Firefox also leaves much to be desired. And a complete rewrite of the browser’s base code has created several compatibility problems with old extensions and add-ons. 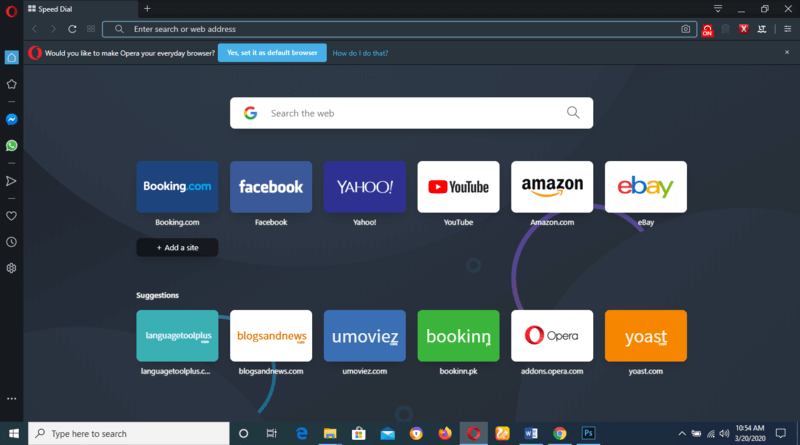 It is a pity that this unique browser occupies only about 1% of the market share. One of its main advantages is Opera Turbo technology, which compresses Internet traffic passing through Opera servers before it reaches the device from which the user opens sites.

This is especially useful if you are in a place with a poor internet connection or are using a limited data plan.

An additional advantage of Opera Turbo is that since the sent and received traffic passes through the remote Opera server, this allows you to easily bypass various restrictions imposed by the provider.

Fortunately, the browser is smart enough to automatically turn off Opera Turbo. When visiting secure sites such as online banking portals. Opera is also one of the few browsers on the market that has a built-in filter to block ads, a VPN and a cryptocurrency wallet. 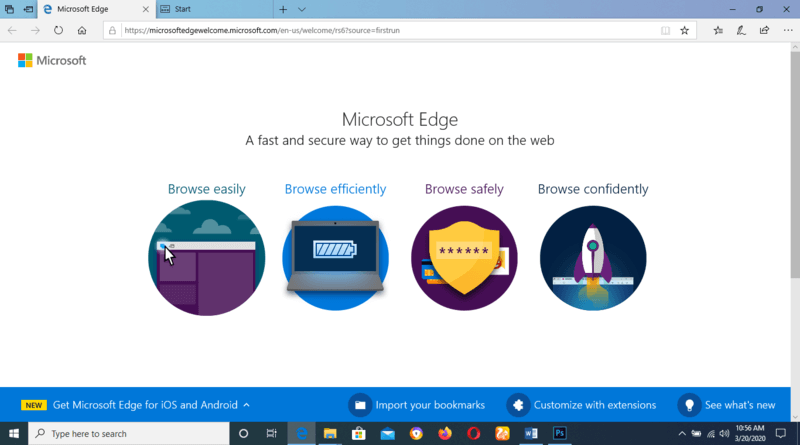 The original Edge, which was supposed to inherit the throne “Windows default browser,”. Unfortunately, it was greeted coolly by users of the popular operating system.

Although Edge was extremely agile and light, it faced several shortcomings that cannot be forgiven for a modern browser. For example, at first it did not support extensions.

When you trying to convince users that Edge is a viable alternative to the popular Chrome and Firefox, Microsoft gave up and simply rewrote the browser. Taking Chromium (the engine used by Chrome) as its basis.

However, this should not give you the impression that the new/old Edge is just another Chrome clone. Microsoft has invested a lot of its own know-how and technologies in the development of Edge and as a result.

But without its main drawback – an unquenchable thirst for system resources. Also, Edge comfortably went beyond the ecosystem of Windows and is currently available in versions for Android, iOS, and macOS.

Microsoft even plans a version for Linux, which, of course, came as a surprise to all fans of open source. The only drawback of Edge based on the Chromium engine (at least for now) is the lack of Fluent Design. And some other features inherent in the old version of Edge. 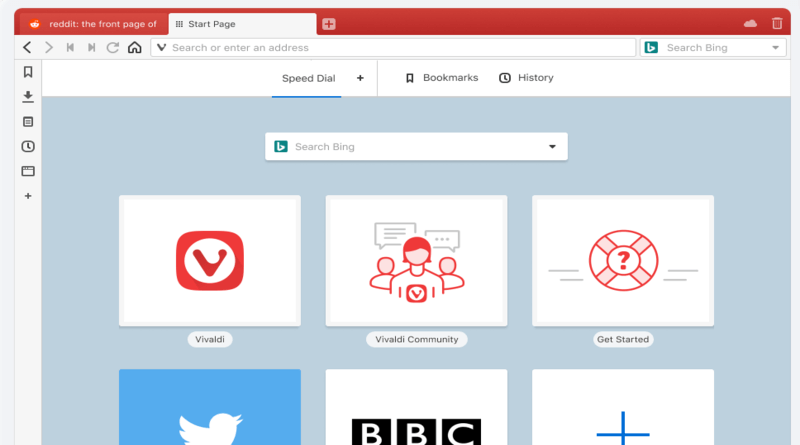 Already during installation, this browser will prompt you to select the parameters and settings of the user interface. That best suit your personal needs and preferences.

Due to its flexible and multifunctional nature, no two users are sharing the same experience with Vivaldi. The browser has a built-in function for creating notes, convenient “pinning” of sites on the side panel. As well as intelligent technology for grouping open tabs to simplify navigation.

In short, Vivaldi is for those who want full control over how their browser looks and works. You can choose from an impressive array of different themes that change the look of your browser. As well as access to a huge variety of Chrome add-ons and extensions.Because Vivaldi is based on the Chromium engine. 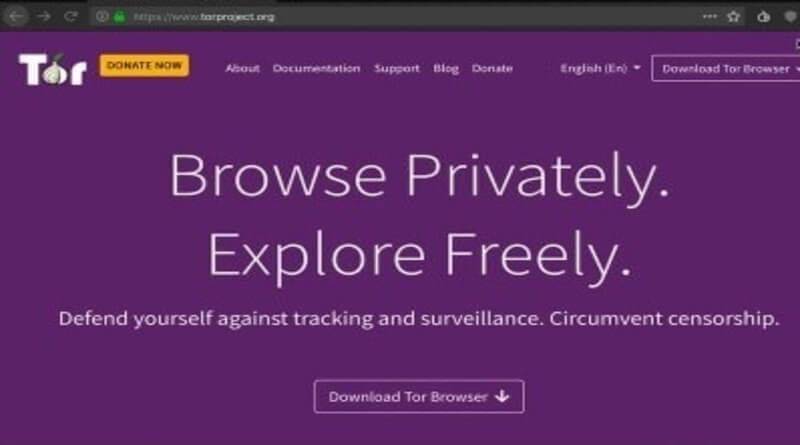 In theory, Tor is just a version of Firefox. In practice, this browser is a portal to anonymity, preferred by those who want to surf the net without leaving any traces.

To such users, Tor provides an easy and quick way to use the so-called. The Onion Router Network is a huge set of anonymous servers for redirecting online traffic. Which makes tracking it extremely difficult.

Notice that we say “difficult” and not “impossible” – such a large government agency. For example, the FBI, which has huge resources at its disposal, can unravel the complex Tor node. But in combination with a good VPN service, Tor can complicate its task.

For this reason, Tor is often used by people who surf in the so-called. Dark Web is the part of the Internet that remains hidden from conventional search engines.

Of course, many people use Tor for legitimate reasons. Including people living in countries with strict government censorship and traffic filtering.