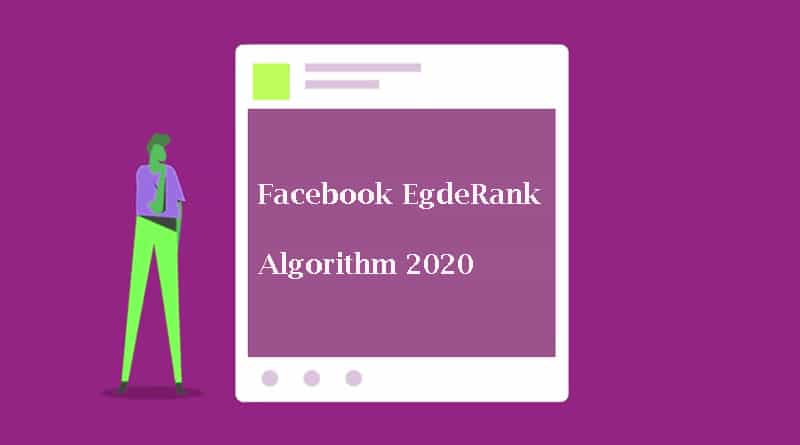 Often you will have dynamo by doing these freelancing jobs, you invested money 5000 rupees for boosting page, you think that your post will reach of many people and eventually sale will be an increase of my client and I will become a successful digital marketer. But what actually happened? You wasted almost all investment, neither likes nor comments, now you confused. You wasted client investment and have not benefited from this investment.

What is the reason behind this? Facebook uses the Algorithm to reach post to people which means Facebook uses a computer formula for this purpose, this formula is called EdgeRank.

There are many selling clothes companies which exist in Pakistan and different countries. These companies want to share this post or advertisement so that people buy this product as much as possible. But there are different things that the Facebook algorithm used. Before the starting of the discussion on these things. You need to understand about Facebook Algorithm that what is it, and how it works.

EdgeRank is a Facebook algorithm that Facebook uses to determine what posts or pages should be displayed in people’s News Feeds. As of 2011, Facebook has stopped using this formula and start using a machine learning algorithm.

“As of 2011, Facebook has stopped using the EdgeRank system and uses a machine-learning algorithm that, as of 2013, takes more than 100,000 factors into account”

According to the latest update, four factors used in the Facebook algorithm work. Let’s take a look at these factors:

What are the three Pillars of EdgeRank?

What is meant by “Affinity Score” in the Facebook Algorithm? For example, I’m a user that is using Facebook, and what ads should be shown on my news feeds? Firstly, Facebook sees how many of my mutual friends like this page. If there is such a page where some friends liked so definitive the ads will be shown in my news feed.

Facebook checks your history that how many pages you had like, visit, or comments in the past that have the same category that Facebook wants to show ads on my news feed.

What is meant by “Edge Weight”? Facebook calculates that what are things includes in your posts such as videos, text, or pictures. Most reach-in Facebook is pictures of my personal experience. Some people say that the video reach is most of all reaches. I will suggest you use only images and video in your post, avoid using text.

Currently, Facebook tells you about the particular ads that the post will not reach more people the text component is enough. You need to avoid using text so that the edge weight is higher, affinity score will be better so your ads will appear more than others on people’s news feed.

You often heard that “old is gold”, in the world of Facebook advertisement the “old is not gold”. How your regular update your content, Facebook sees, calculates, and decides that what I should reach your content to people’s or not.

If you are regular posters and update your content on a regular base, your affinity score is also better. You need to use images instead of text so your algorithm in the EdgeRank score will be better. And your ads will reach better people as compared to other businesses.

In this article, I tried to explain in simple ways, I hope you will be better understood about the Facebook EdgeRank Algorithm. This is an easy way to understand instead of show computer formula and explain this. You need to keep in mind these three things that we discussed in the article and next time when you create a post these things must be kept in your mind so that your post will be the reach of more people.