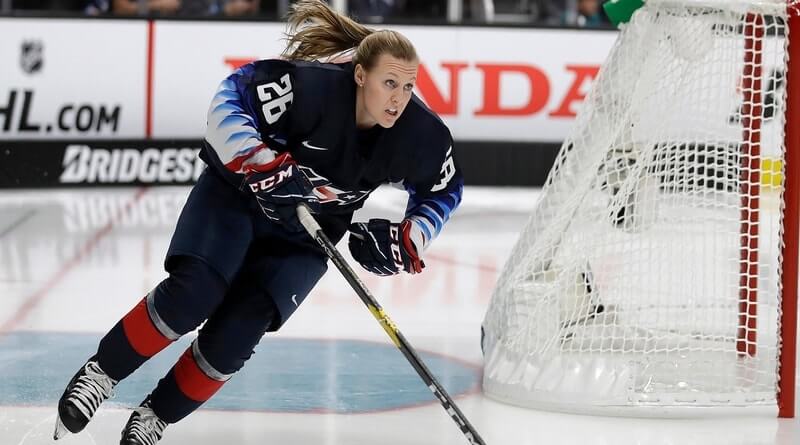 Ice hockey is a famous and Worlds fastest sport. In this article, we discuss the background of Ice Hockey and its rules.

There are many different Sports in the world. Almost all of those games are different games. Sometimes even those venues are different. For example, cricket, football, and netball are held on the ground, while swimming and boat riding are held in the water.

Ice hockey is a sport associated with snow. Ice hockey is an unfamiliar sport in countries such as Sri Lanka where the weather is hot, but it is highly popular in countries with frequent snowfall. Through this article, we hope to educate you on ice hockey.

The game of ice hockey began in the mid-1800s. Canada is considered the country from which it originated. Creighton had the honor of organizing organized hockey in the early days.

On March 3, 1875, Coach Creighton’s team defeated Coach Fred’s team. This became the first race in history to be held in an ice-covered area by two nominated teams. The names of all the participants were recorded.

On January 31, 1877, the first organized hockey team was formed by McGill University in Montreal. The Montreal Gazette published the first hockey code on February 27 of the same year.

The first ice hockey tournament in Europe was held in 1902. It was at the Prince’s Staking Club in England. In 1905, France and Belgium hosted two international competitions.

The rules of the competition

Ice hockey is held in a rectangular ice field. Its length varies from 184 to 200 feet and the width varies from 85 to 98 feet. There are six players per team.

These six players are divided into a goalkeeper, a center of the field, two bowlers, and two front line players. They all have a game stick. The request to send the ball is located 10 feet from the ground.

This is 4 feet high and 6 feet wide. The batting ball was originally made of rubber and is now made of other materials. There are standard sizes for the bat’s weight, size, and shape. The contest is divided into three 20-minute sections.

In this game, players use heavy protective equipment to protect themselves. In addition to the players conducting the match, there was a judge, an observer (assistant referee), and a record keeper to see if he was off the ball.

The National Hockey League is the most important organization in the world for hockey. This is briefly called the NHL.

The organization is made up of hockey teams from the United States and Canada. All the players here were Canadians. The Stanley Trophy is presented to the winning team of the Ice Hockey Tournament.

The Stanley Cup, originally offered, was 22 cm high. There was a need to increase the height as the names of the winning team were mentioned here. The Stanley Cup currently stands at 80 centimeters tall.

Ice hockey has now become an Olympic sport. The first Olympic event was in the 1920s. Also, ice hockey is an indispensable sport in the winter Olympics.

After the First World War

World War I cost millions of lives, among these, were hockey players. With Canada’s entry into the war, many hockey teams were completely destroyed. But the game was not destroyed, later, several new sports teams emerged. All of which were military hockey teams.

This gave them a chance to earn extra income. Also, during the Second World War, many hockey teams were formed.