Your Guide to a Day in New York City 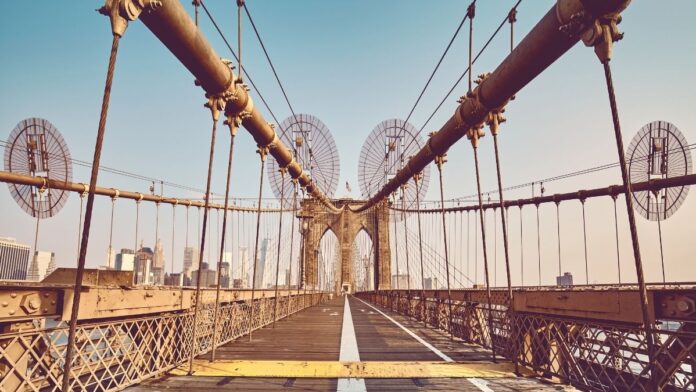 New York City. The Big Apple. The Greatest City in the world.

No matter what you call it, there’s no denying it is one of the best places to visit. Whether you are a traveling newbie or experienced, you’ll fall in love with the city the minute you set foot in it. This is your guide to a day in New York City if you’re planning a trip at some point in the not so distant future. In this city of 10 million people and spread across five different boroughs, you’re faced with unlimited options. However, we’re going to give you our favorite ideas on what to do if you plan on spending the day in the city. If you don’t want to bring your luggage with you, take advantage of luggage storage in New York City so you don’t have to tote everything around. Keep reading to find out what a day in New York City might be like for you.

Take A Walk In Central Park

Central Park is the largest park in the city of New York. You walk in via 59th Street and Central Park South. You see the sights all around you. Where do you go from here? Check out the Pond or the Gapstow Bridge. For the best experience, it would be wise to bring a map of Central Park with you so you know where everything is. You can go on self-guided tours or if you don’t want to get lost, you can find a guided tour that is available. Either way, what better way to begin the day in New York City like a walk in the park?

Walk Across The Brooklyn Bridge

The iconic Brooklyn Bridge is worth it. You’ll see the Manhattan Skyline, the Statue of Liberty, and much more. If you’re a sucker for photography, you’ll want to take pictures while you’re walking or looking towards the other end. While you’re walking on the bridge, you want to check out what is known as DUMBO. What does that stand for? It stands for Down Under The Manhattan Bridge Overpass. Plus, the shorter version is better according to the locals. If you are starting on the Brooklyn side of the bridge, you’ll have the best view in the world right in front of you.

Check Out The Food Truck In Queens

Taking a bit of a detour here, there are plenty of food trucks located in the borough of Queens. Foods from different parts of the world, it may be hard to choose which one you’re craving. Nevertheless, you’ll be in a vibrant part of the city that has plenty of culture. If you happen to be in the area during baseball season, you might catch a Mets game at Citi Field (assuming it’s a home game). Or you can go all the way to the Bronx to catch a Yankees game at Yankee Stadium. If you flew into JFK or LaGuardia, you’ve already been through here. But still, Queens is definitely worth visiting during a day in the city.

Visit The Statue of Liberty

One of the best sites in New York City is the Statue of Liberty. You can access Ellis Island only by ferry. Statue Cruises will be the only place that will offer them. There, you will visit Ellis Island and learn about the history of America’s migrants.

Check Out The View From Freedom Tower

This might be the first of a couple times you will see the city from above. One of the best places to go is the observation deck of the Freedom Tower or One World Trade Center. It is truly a sight to behold when you can see almost every corner of the city in broad daylight.

Times Square may very well be the ‘Center of the Universe’. It’s a place where many people the world over will congregate during their tour of the city. During New Year’s Eve, it’s the place to say goodbye to the old and hello to the new.

Go Atop The Empire State Building

If you’re someone who isn’t afraid of heights, then you don’t want to miss out on visiting the Observatory Deck located on the 86th floor of the Empire State Building. On a clear day or night, it’s the best time to be up there to see the city from above. You’ll see almost every corner of the city you can find and even across the Hudson River into New Jersey. If you really want to see some awesome views, go at night. Especially with all the lights of the city coming on at full blast. This may be the best way to end the day in New York City with an excellent view.